Enter your City name or Pincode

Kanti in Muzaffarpur district of Bihar is a fast developing town. Also a block headquarter and belongs to Tirhut division. Muhammadpur in Kanti block is well-known for a huge Hanuman Temple. Motipur, Muzzafarpur and Sheohar are some of the nearby cities from here. 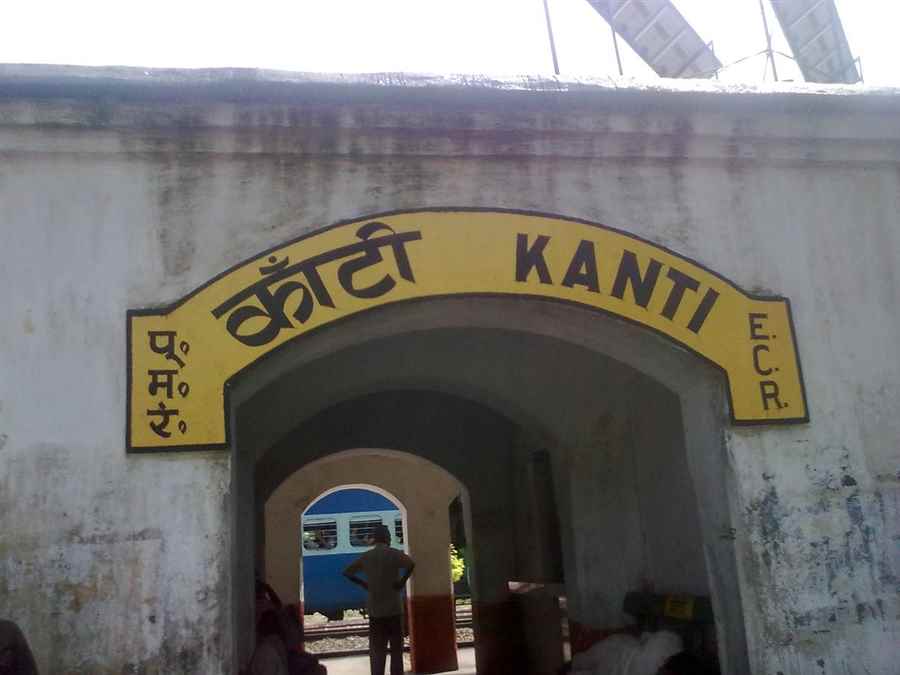 Kanti is well connected to all nearby cities with a well laid road and rail transport. There are frequent bus services connecting it to all nearby major cities. National Highway 28 traverses through the city. Kanti and Piprahan are the very nearby railway stations however Muzaffarpur junction is the nearest major railway station from here. Muzaffarpur railway junction is located around 13 KM from here. Patna airport is also in close proximity to Kanti.

Maithili is local language spoken here along with Hindi, Urdu and Bhojpuri. Per census of 2011, city has a population of 25,051 of which 13,348 are males and 11,703 are females. Hindus constitute around 90% of the total population and Muslims are around 10%. The literacy rate in the city is 66.37% which is a little higher than the state average of 61.8%. The city is divided in 14 wards for which elections are held every 5 years. The best time to visit the city is between the months of October to April.

There are many popular tourist destinations around Kanti that are worth visiting. Some of the famous tourist destinations in Muzaffarpur district include Litchi Gardens, Garib Sthan Temple, Jubba Sahni Park, Kali Mata Temple, Simri Mai TempleShri Ram Temple, Masjid-e-Belal, Ambara Chowk and Ram Chandra Shahi Museum. Visiting these places in Muzaffarpur is a common thing among people visiting Kanti.

Below is a list of some common services available today in and around Kanti.

Comments / Discussion Board - About Kanti